Concrete that plays with your senses

We all know it. After a hard day there's nothing like kicking off your shoes and throwing yourself on the couch. It’s not always a good idea though – especially when the couch is soft as concrete! 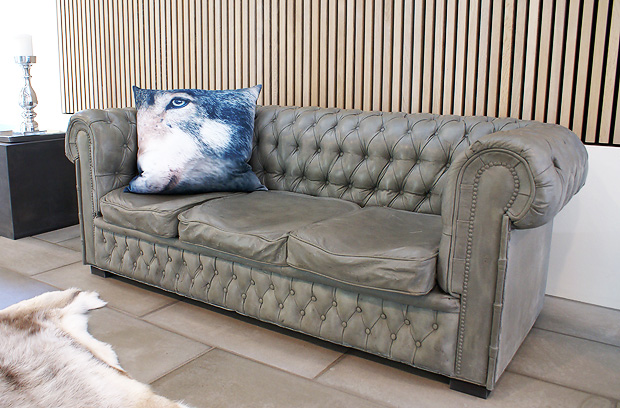 It’s not candid camera, but it could easily have been. Many guests have been deceived by the sight of the beautiful Chesterfield couch that stands in the middle of IBF's headquarters in Mid-Jutland.

The reason? It’s made of solid concrete!

The couch has been created by the British design firm Gray Concrete, who has managed to create such an amazing level of detail that most will be fooled at first glance. And that is also one of the reasons that it now stands where it stands.

- We're in a brand new headquarters, where all the walls consist of some special concrete and of course such a piece of furniture fits perfectly. It also says that here, we appreciate both detail and concrete, because of course we really do, says marketing coordinator at IBF, Carina E. Kristensen and elaborates:

- But of course this isn’t the sort of couch you throw yourself on. You will quickly come to regret it.

Gray Concrete has made the couch from an impression of a genuine Chesterfield couch and they have really paid attention to detail. Before they took the impression, they filled the cushions with a foam-like substance so they could shape them to get a totally authentic 'butt impression".

This technique is primarily used when you want to create detail and it shows in truth, the flexibility that concrete can have. Though it sounds unbelievable, the concrete takes on many of the Chesterfield's own characteristics and is actually quite leathery in appearance.

The crowning achievement follows this realistic approach and consists of a 50 pence coin, also cast in concrete, which is hiding behind one of the cushions. Just to illustrate that there is nothing to find fault with here. 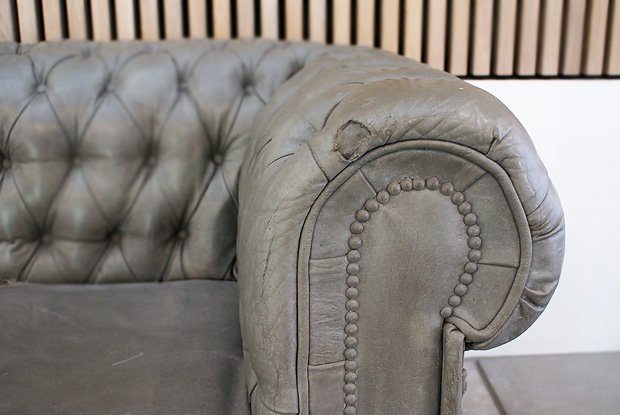 Everyone loves a hard couch

The couch was originally created for a design fair, but has since made its victory tour around the world. It should just have been a little fun item to create awareness and it has in fact become so successful that orders are now taken for it. And this is also the story of how it ended up in Ikast.

The price is in the neighborhood of DKK 25,000, but then you are of course also guaranteed a couch, which according to its creator Jon Gray is surprisingly comfortable and can withstand rough treatment, and if are you worried that the tricky Danish weather will wear out the couch, so there is solace to be found.

Just like a true Chesterfield, it enhances the natural patina, namely the furniture’s authenticity and charming expression.